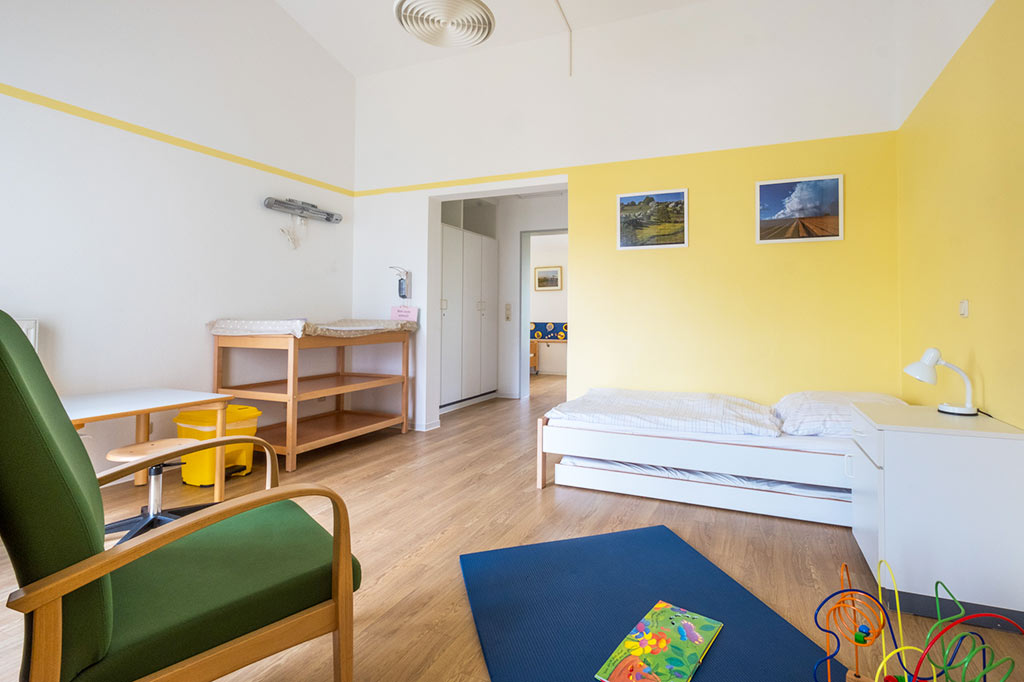 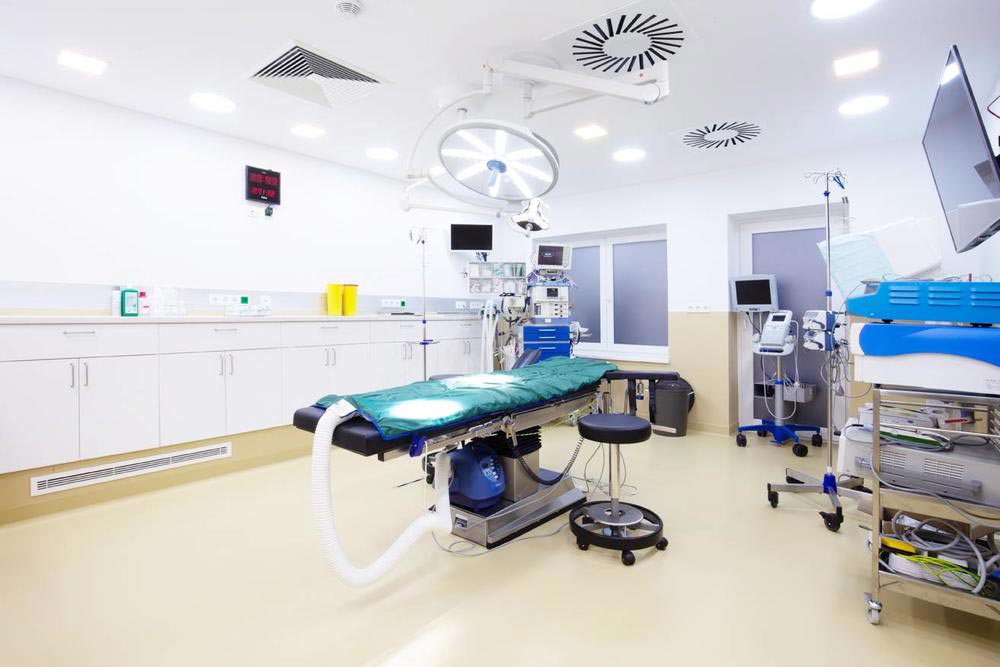 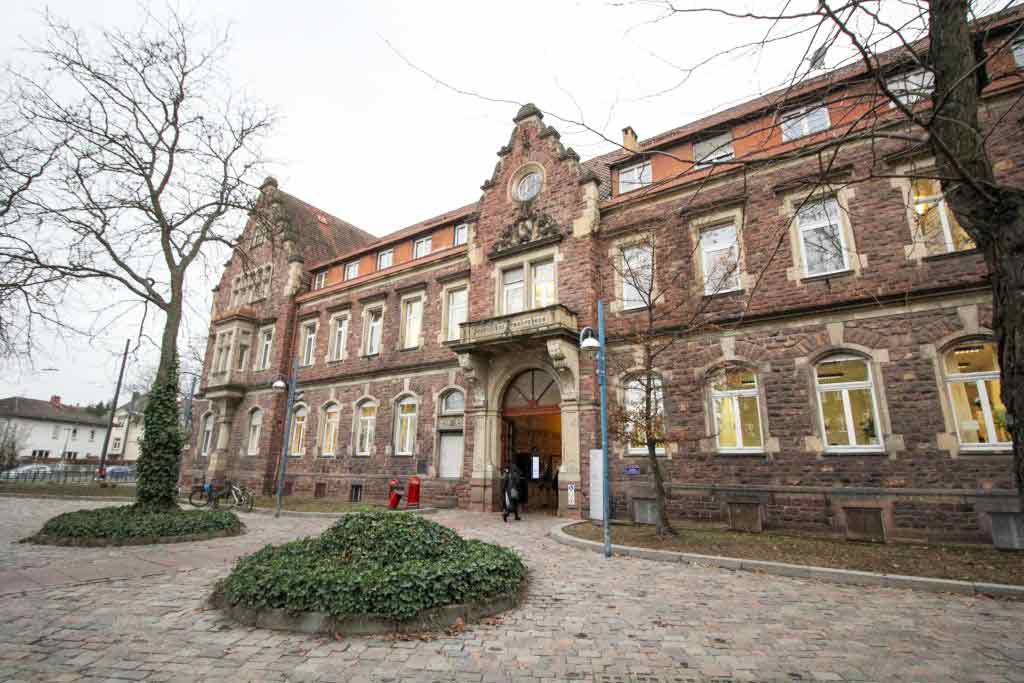 According to the prestigious Focus magazine, the Academic Municipal Hospital Karlsruhe ranks among the top German hospitals!

The hospital positions itself as a modern maximum care medical facility, which combines long traditions and progressive achievements of modern medicine. The hospital operates on the basis of the University of Freiburg, therefore, the scientific innovations in the field of diagnostics and therapy are continuously being introduced in practice. An impeccable medical care is provided by a highly qualified, experienced team of over 4,300 employees. The hospital treats more than 63,000 inpatients and about 185,000 outpatients every year. Such high rates confirm the exceptional service and effectiveness of the treatment provided here.

The quality management system of the hospital’s medical care is certified in accordance with DIN EN ISO 9001. In addition, almost all departments of the hospital have numerous popular certificates in the areas of their specialization. The main value of the hospital’s staff are patients’ health and satisfaction, and therefore despite the high-tech infrastructure, respect and human attitude towards each patient remain priorities.

Department of Pediatric Allergology and Pulmonology

Department of Pediatric Endocrinology and Diabetology

Department of Pediatric Oncology and Hematology

Department of Pediatric Neurology and Epileptology

Department of Adult and Pediatric Traumatology, Hand and Orthopedic Surgery

Department of Gastroenterology, Hepatology and Diabetology

Department of General and Abdominal Surgery

Department of Vascular and Thoracic Surgery

Department of Adult and Pediatric Urology

Department of Gynecology, Mammology and Obstetrics

Department of Adult and Pediatric Otolaryngology

The patients of the Academic Municipal Hospital Karlsruhe live in cozy patient rooms, equipped with everything necessary for a comfortable stay. The standard patient room includes an automatically adjustable bed, bedside table, TV, telephone. Also, each patient room has ensuite bathroom with shower and toilet. The patient rooms in the pediatric departments are made in children's design, so that small patients feel at home (small children can live in the patient room with one of the parents). There are also designed special playrooms for children.

The patients of the hospital are offered tasty and varied three meals a day: breakfast, lunch and dinner. The menu also features dietary meals. The kitchen staff will gladly accept all the individual wishes of patients.

Karlsruhe is a city in South-West Germany in the Federal State of Baden-Württemberg, located in the northern part of the Black Forest in the vicinity of the Rhine. The city is relatively young, as it was founded in the first half of the 18th century by Margrave Carl Wilhelm. The founder of the city left his mark not only in the name of the city, but also in its unusual buildings. Margrave expressed the wish that all the main streets of his city would be radially directed to the sides from the central baroque palace.

In addition to the main palace and museums, the sights of the city include numerous architectural ensembles of various eras, for example, the Gottesaue Palace, which houses the Karlsruhe's University of Music, Prince Max Palace, which currently houses the City Museum, the Grand Ducal Palace, which houses the Federal Court of Justice. In the ​​Durlach District, it is interesting to visit the Karlsburg Castle and the ruins of the Fortress on the Turmberg Hill. Various city districts are decorated with numerous churches, the most famous of them are the Church of Christ, St. Stephen Church, Gospel Church. Special attention should be also given to Maulbronn, the oldest Cistercian medieval abbey in Germany, which is ranked in the list of UNESCO World Heritage sites.

One of the most famous city squares in Karlsruhe is Ludwigsplatz. It is located in the western part of the historic center. Here one can find numerous bars, restaurants and cafes, which attract many visitors. In addition, the Market Square with the pyramid, church, town hall and fountain also enjoys popularity.

Among the numerous green areas of the city, of particular interest is Günther Klotz Park. It is located along the Alb River, which is the venue for the popular Das Fest music festival.