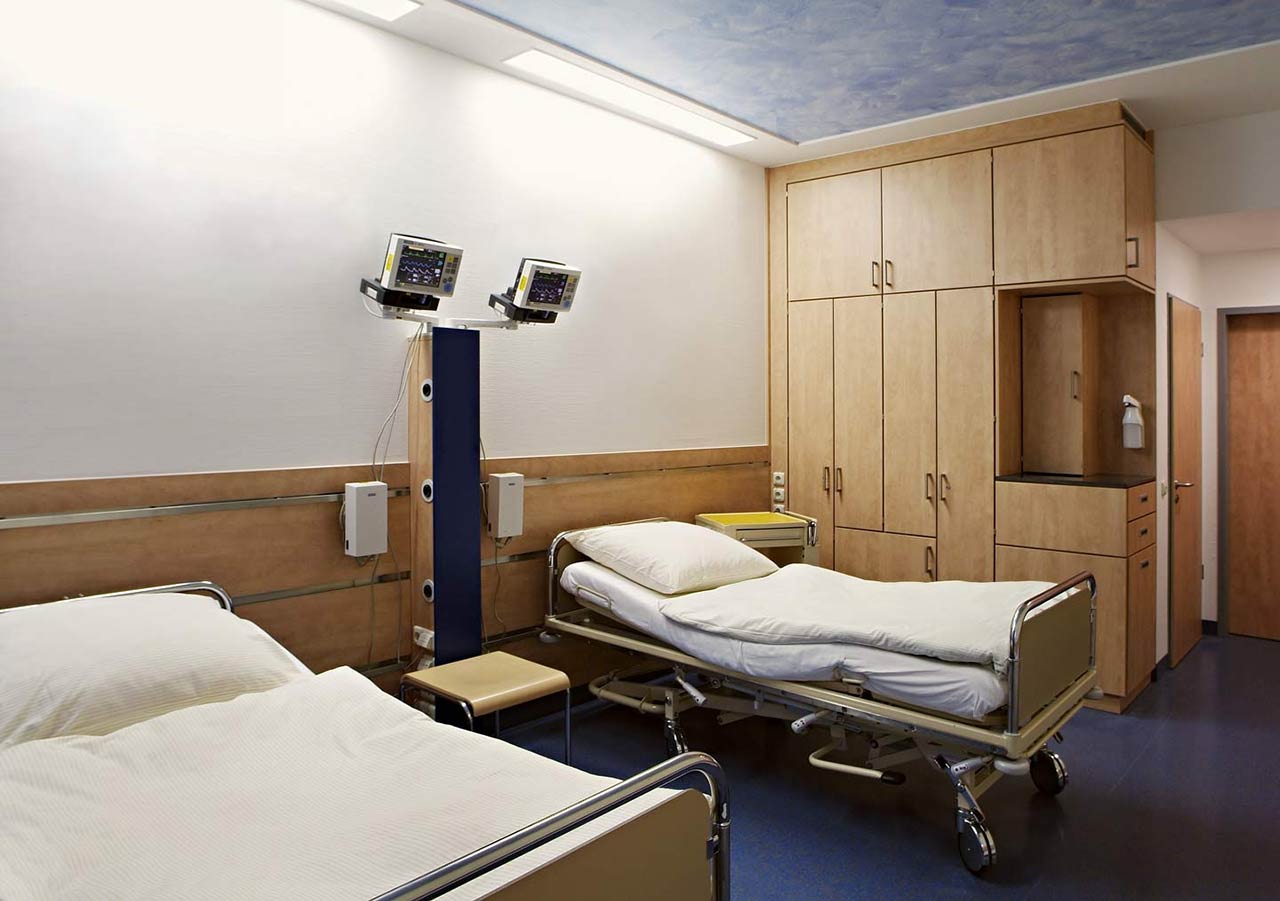 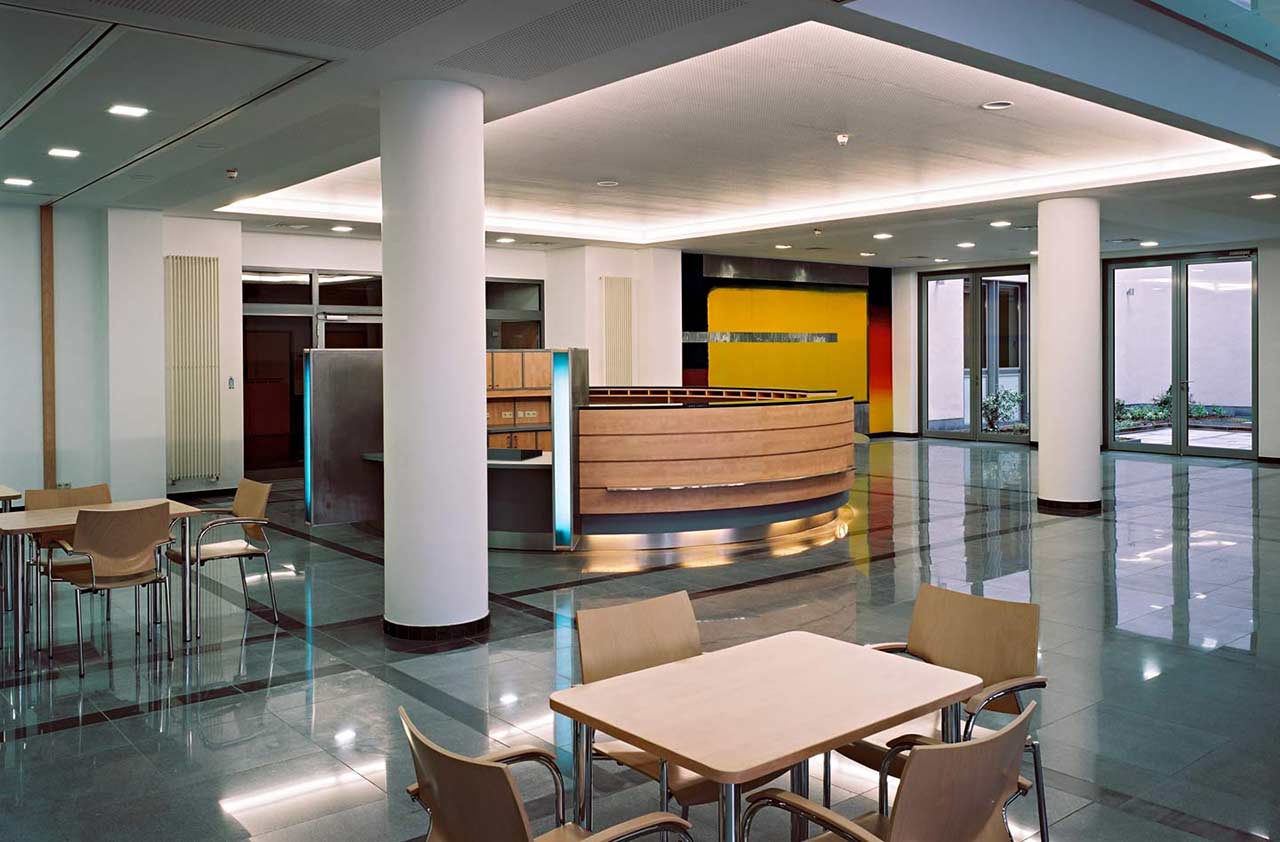 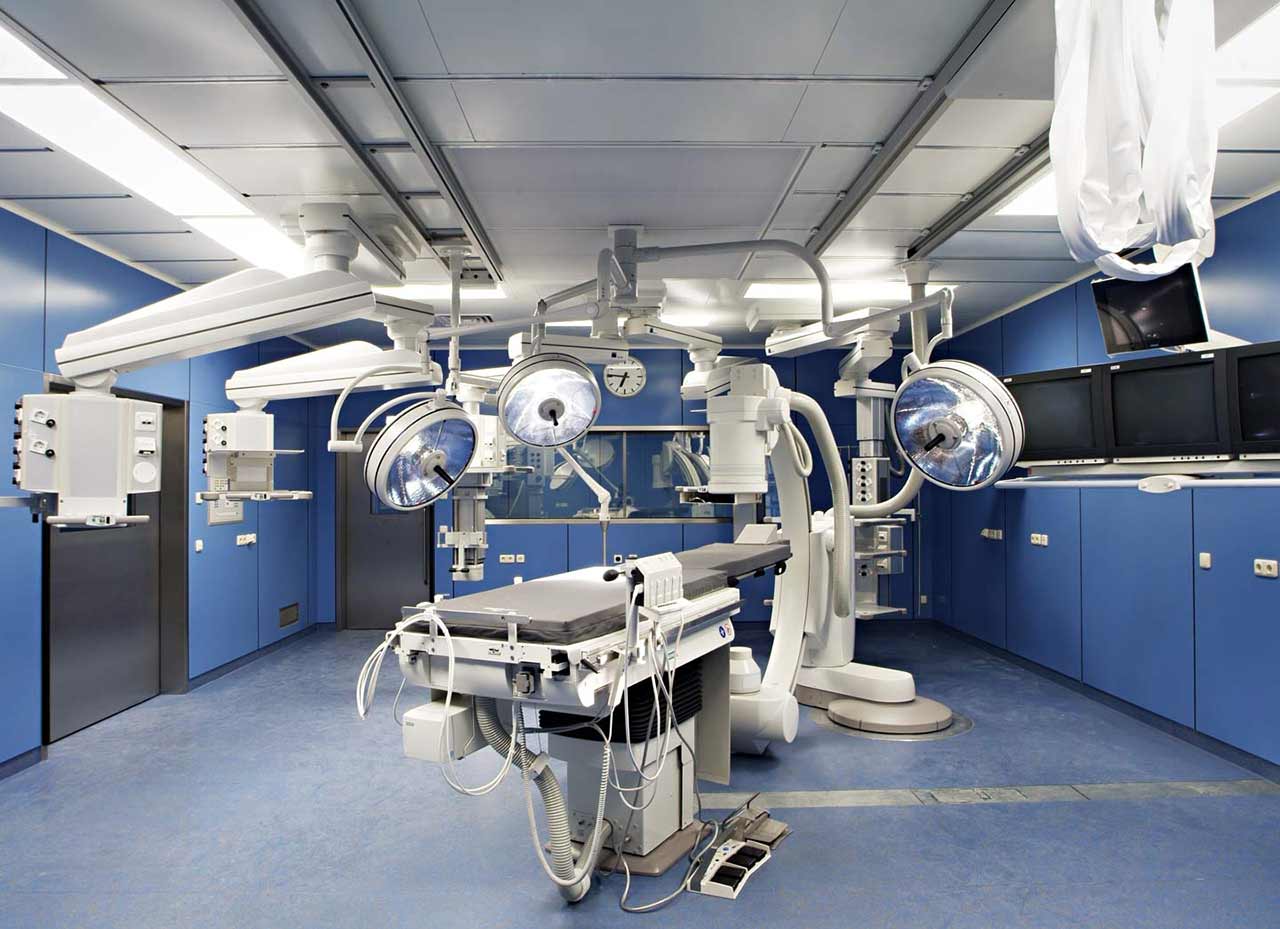 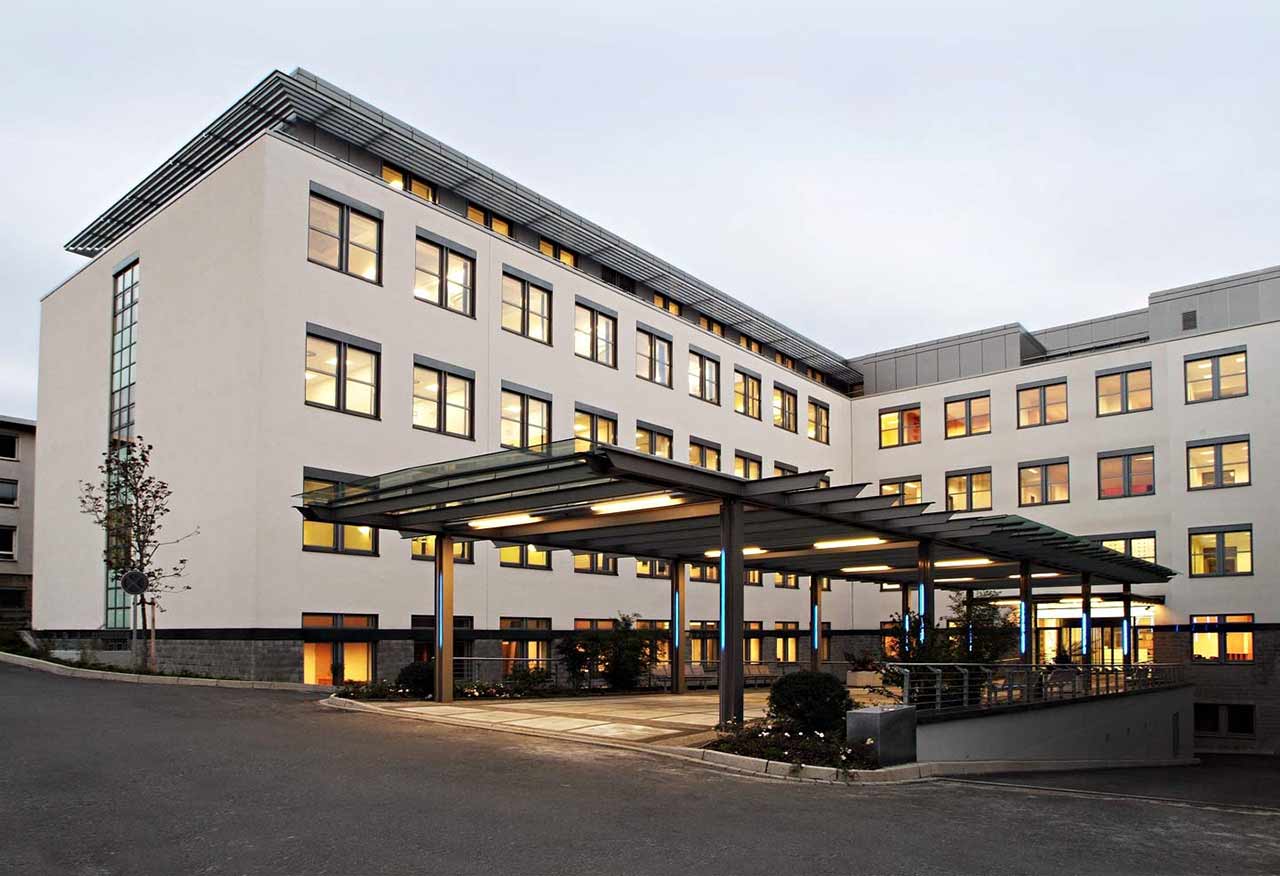 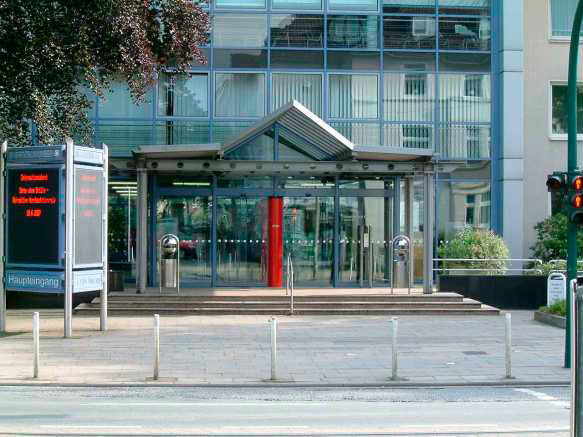 According to the authoritative Focus magazine the University Hospital Essen ranks among the top German hospitals!

With 27 specialized departments and 24 institutes, the hospital in Germany is a maximum care medical facility. The hospital has 1,300 beds for inpatient treatment. A highly qualified medical team of more than 6,000 employees takes care of the health of patients. All the specialists give preference to an interdisciplinary medical care, which guarantees a comprehensive treatment taking into account the smallest aspects of a particular pathology. The hospital annually diagnoses and treats more than 50,000 inpatients and about 195,000 outpatients, which testifies to the prestige of the medical institution and the highest quality of treatment in Germany.

The hospital presents all the modern medical fields. Nevertheless, special attention should be given to the following major fields of specialization as oncology, transplantology and cardiology, as well as research activities in the field of immunology, infectology and translational examinations of pathologies of the nervous system and behavioral disorders.

Established on the basis of the standard American model of Comprehensive Cancer Centers, the West German Cancer Center (WTZ) in Essen was recognized as the best medical facility of this kind in Germany in 2009. Nowadays, the center holds leading positions both on the national and international medical markets. The basis of its successful clinical practice is the use of very latest treatment methods and an interdisciplinary approach to each clinical case. The West German Organ Transplant Centre (WZO) is also recognized as one of the best in the country and one of the few in Germany, which specializes in the transplantation of all vital organs, such as kidney, liver, pancreas, heart and lungs. Special attention is paid to kidney and liver transplantation.

The hospital in Germany is proud of its high-tech medical equipment, experienced and competent staff, productive research activities, which allow to guarantee the accurate diagnostics and effective treatment, including rare and very complex clinical cases for every patient. Consequently, the hospital is considered a perfect embodiment of high-quality treatment in Germany.

Department of Adult and Pediatric Diagnostic and Interventional Radiology, Neuroradiology

The patients of the University Hospital Essen live in comfortable rooms designed in bright colors. The standard room furnishing includes an automatically adjustable bed, a bedside table, a personal wardrobe, a personal call button with a built-in light panel, a telephone, a TV and a radio. The Internet access is available at an additional cost.

The patients of the hospital are offered a daily choice of three menus. The patients are also offered alternative types of menus, if their religion requires the exclusion of certain foods. If you follow a certain diet or suffer from food intolerance, you will be provided with a menu of your choice by discussing it with your attending physician in advance. The hospital also houses a bistro and a cafe, where one can have a tasty snack, enjoy hot and cold drinks.

There are a few types of hotels for the accompanying persons, who want to stay near the hospital. The hotel of the Essen University Hospital offers apartments on the first floor of the nursing high-rise building. The DRK nursing also offers single and double rooms.

The hotel in Grugapark is available for the parents, whose children stay in the hospital. The parents of children with cancer can also stay here. Moreover, The Department of Pediatrics offers its rooms for parents.

Located in the center of the Ruhr area, Essen is one of the largest cities in the German state of North Rhine-Westphalia. The city was founded in the XI century. Until the XIX century, Essen was a small town which inhabitants were engaged in agriculture. When the coal and ore deposits were discovered in the Ruhr basin, the city began to grow and develop rapidly. Now the city has the fame of a large exhibition center and one of the most significant business cities in Germany. In addition, Essen is a modern center of education, and due to the huge number of park areas, it has the title of the "European Green Capital", attracting thousands of tourists.

One of the main historical attractions of Essen is its Cathedral, located in the heart of the city. The architectural monument is made in the Gothic style and it is one of the oldest Roman Catholic churches in Germany, the treasury of which keeps a large number of ancient relics of the Ottonian emperors family. One of the most valuable specimens is the golden sculpture of the Virgin Mary dating back to the X century. It is the oldest statue of the Madonna in Western Europe.

Another symbol of Essen is Zollverein Coal Mine. This is one of the largest ruhr coal mines, founded in the XIX century. Currently, a huge mining complex has been reconstructed and it is being used as a tourist site. The main building houses the Museum of History and Mining of the Ruhr area, a variety of restaurants, concert halls and a skating rink. Since 2010, the mining complex is under the protection of the UNESCO World Organization.

Also, during a visit to Essen one should definitely visit the Gruga Park, which was established in 1929 and includes a botanical garden with plants from around the world, a zoo, an amusement park, an aquarium and a platform for concerts and various festive events, cafes, restaurants and a lot of walking alleys and beautiful old fountains. Another favorite vacation spot not only for tourists, but also for locals is the artificial lake Baldeneysee. Here one can just lie on the beach, but also take a boat trip, go fishing or water sports. The ancient castle of the XIII century and the huge Villa Huegel, which belonged to the Krupp family are located in the vicinity as well. The luxurious mansion is surrounded by a beautiful green park.